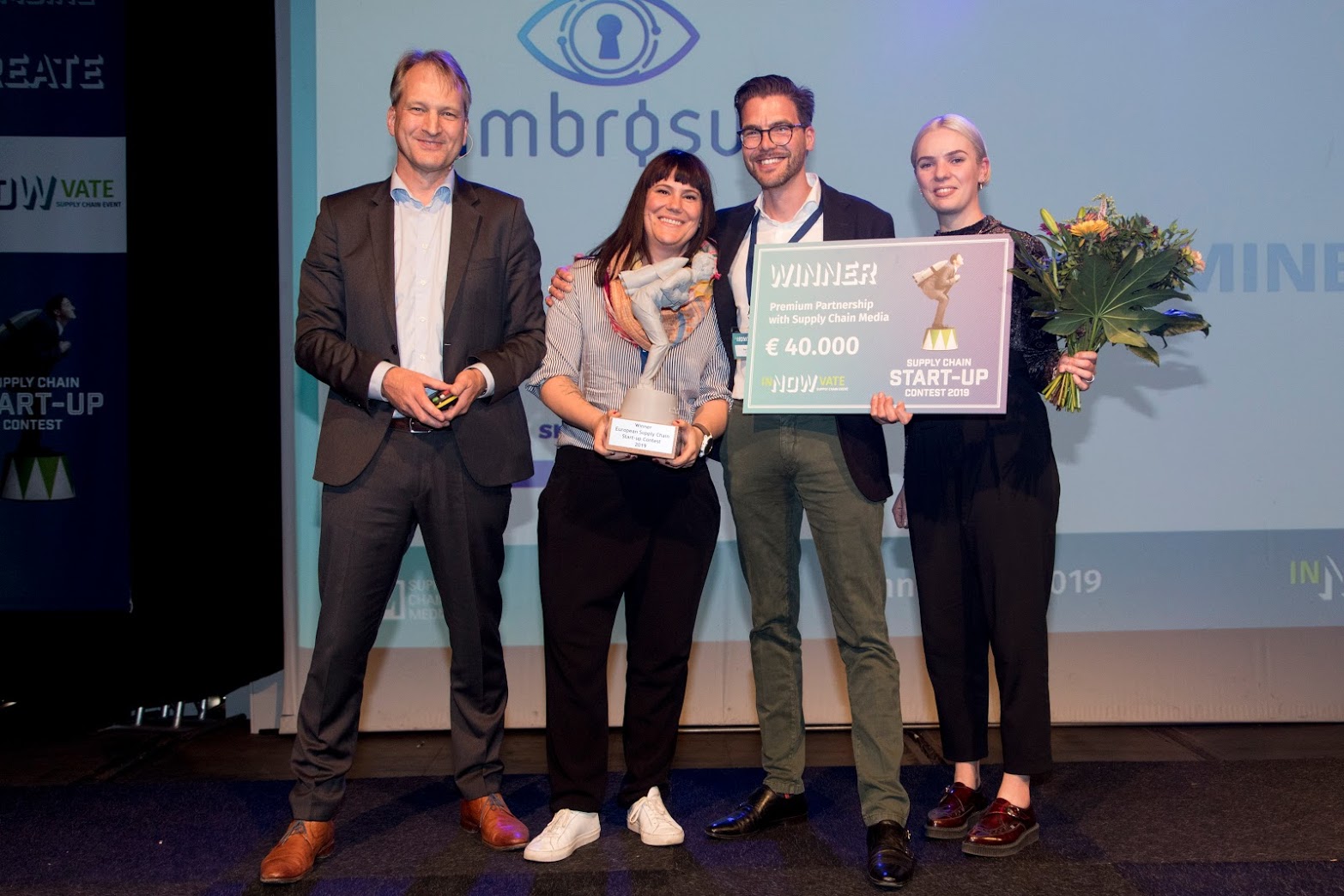 In the second European Supply Chain Start-up Contest, Circular IQ was up against four other finalists: Ambrosus (Switzerland), MotionMiners (Germany), Shipnext (Ukraine) and Stockspots (the Netherlands). The jury critically assessed the five finalists based on four criteria: commercial opportunity, level of innovation, practical applicability and clearness of the message. After much deliberation by the jury and after also factoring in the delegates’ votes, Circular IQ was unanimously named as the winner thanks to its effective and much-needed solution supporting the sustainable sourcing of products and materials. In his acceptance speech Roy Vercoulen, CEO and founder of Circular IQ, expressed his appreciation of the exposure and support that the inNOWvate Supply Chain Event offers to start-ups such as his. Besides the official trophy and a 3D-printed replica to keep, Circular IQ receives a marketing campaign worth €40,000 in Supply Chain Media’s various media channels.

The five members of the jury were Aike Festini (CEO and founder of LuckaBox, winner of the contest in 2018), Thijs Gitmans (Fund Manager Mainport at NBI Investors), Esther Gons (founder of Next Amsterdam), Jeroen van Weesep (Vice President Innovation in Operations at Lego) and Martijn Lofvers (CEO & Chief Trendwatcher at Supply Chain Media). The five finalists pitched their entries on stage during the inNOWvate Supply Chain Event at the De Rijtuigenloods venue in Amersfoort. Then in a separate session they were questioned individually by the jury, who thoroughly evaluated the start-ups’ solutions based on four criteria: the market potential, the innovativeness, the applicability in practice and the clarity of the message. The delegates’ votes were also taken account in the jury’s final decision.

In addition to the winner of the Supply Chain Start-up Contest, the most promising Supply Chain Scale-up was also announced at the event. One of the most important criteria to qualify as a scale-up is that the company must have secured more than €2 million in capital. The German scale-up Seven Senders received the most combined votes from the ‘mystery jury’ and the delegates, thus securing a win over its fellow finalists BuyCo (France), Cargonexx (Germany), Everoad (France) and Fretlink (France). Between them, those five scale-ups have secured an impressive €40 million in capital over the past couple of years.