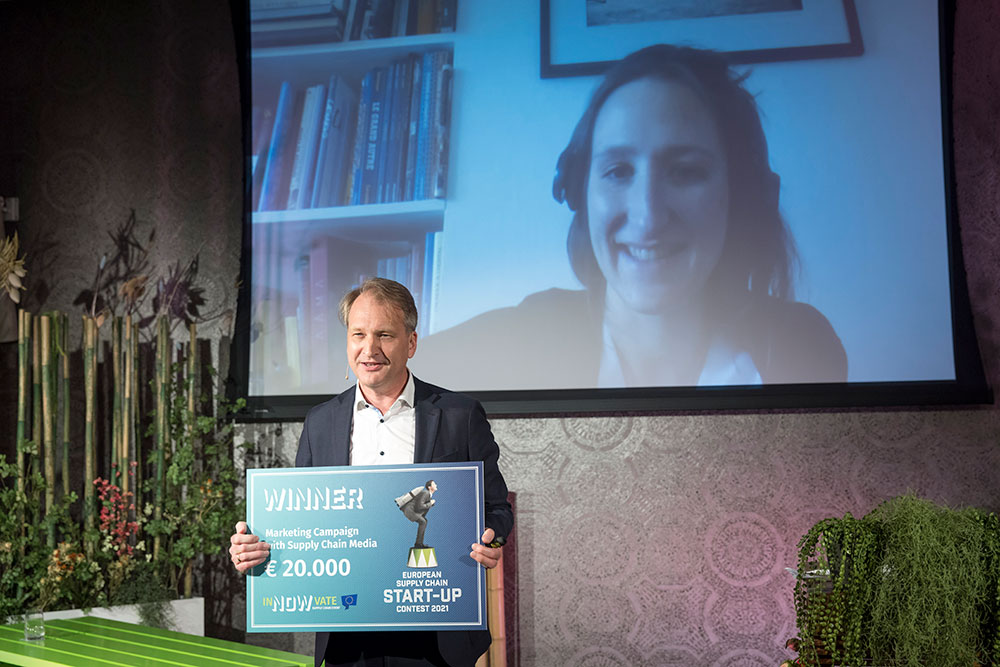 French start-up Winddle emerged as the winner of the fourth European Supply Chain Start-up Contest during the inNOWvate Supply Chain Event, which was held in Utrecht, the Netherlands, on 18 May. During this hybrid event, Winddle won over the jury and the attendees both on-site and online with its platform to track purchase orders and their estimated delivery dates worldwide. The prestigious contest has annually been organized by Supply Chain Media since 2018.

In a separate contest held in parallel during the inNOWvate Supply Chain Event, the most promising supply chain scale-up was announced. One of the main criteria for a business to be considered a scale-up is that it is a young company that has raised more than €2 million in capital.

The Dutch scale-up BigMile received the most votes from the online audience for its independent solution to measure supply chain-related carbon emissions, thus defeating fellow finalists BuyCo from France, Germany-based doks.innovation and the Norwegian scale-up Mixmove. BigMile won a media campaign worth €10,000 across the various media channels of  Supply Chain Media.